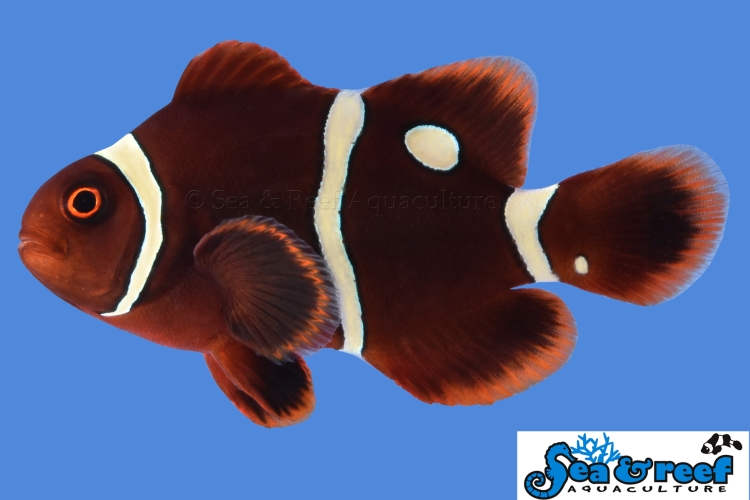 The Maroon Clownfish is the largest known species of clownfish and has developed a reputation for their bold behavior. The females can grow to 6” and can be very territorial especially when defending a nest of eggs. It is best to not mix maroon clownfish with any other clownfish species in your tank and to only keep a mated pair or a single fish. Captive bred Maroon Clownfish are generally less aggressive compared to wild collected fish.