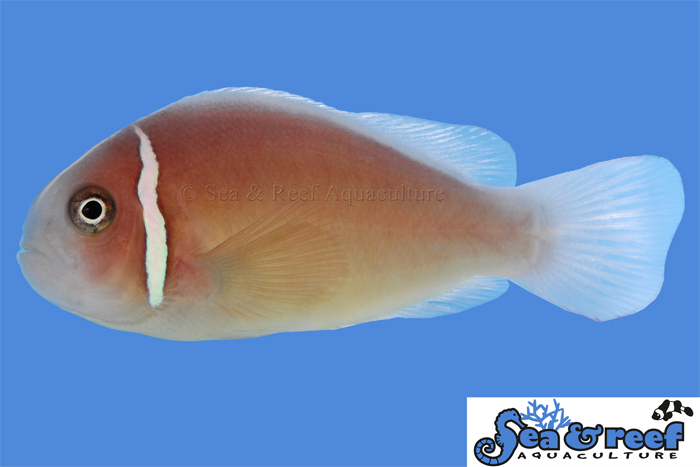 The Pink Skunk Clownfish has a wide distribution. It can be found west to Christmas Island in the Indian Ocean, east to Fiji, north to the Ryukyu Islands and South to New Caledonia.

The Pink Skunk Clownfish is very peaceful and can even be a little timid. If housed with more aggressive fish species in a community tank we recommend adding the pink clownfish early so they have a chance to establish a territory before adding more aggressive species. Adding an anemone that the pink skunk clownfish can inhabit will help them become more comfortable in your tank.

Clownfish do not require host anemones to survive or thrive. However, in most cases they will readily accept them. The Pink Skunk Clownfish is not picky when it comes to anemones and will readily host in a number of anemone in captivity. We recommend the popular and hardy Bubble Tip Anemone (Entacmaea quadricolor).