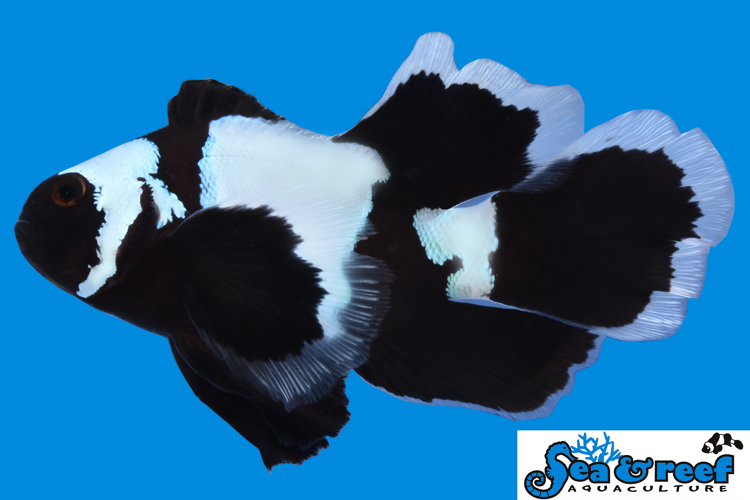 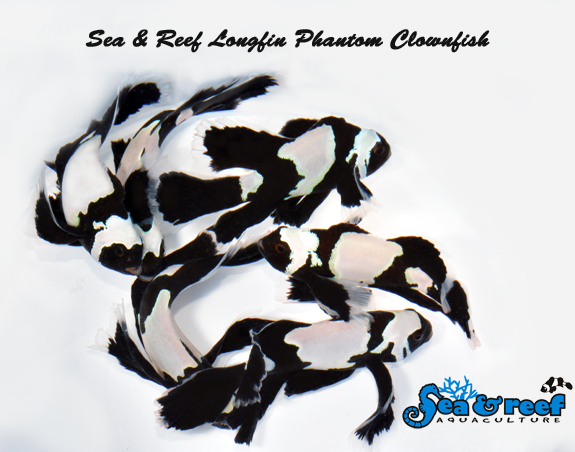 The creation of our Longfin Phantom Clownfish

The mutation that created our longfin clownfish came from a single fish. In December 2013 our Hatchery Manager Brandon Weik was looking into a tank of several thousand Black and White Ocellaris (also called Darwin Ocellaris). He spotted a fish that looked very different than his brothers (all clownfish are born male). It had long flowing fins and was getting beaten up, probably because of its different look. The fish was isolated and later paired up. A story was published about our findings in Reef Builders in April 2014. You can read the article by clicking here. Black and White Longfin Clownfish was paired up with our Phantom Clownfish to create the Longfin Phantom Clownfish.The black coloration develops identical to the regular Phantom Clownfish. Early juvenile fish are dark brown, but turns jet black as they grow and mature.

The temperament and captive care requirements for the Longfin Phantom Clownfish is very similar to that of the regular Ocellaris clownfish. It is relatively peaceful and hardy. They thrive in saltwater aquariums with or without an anemone present.