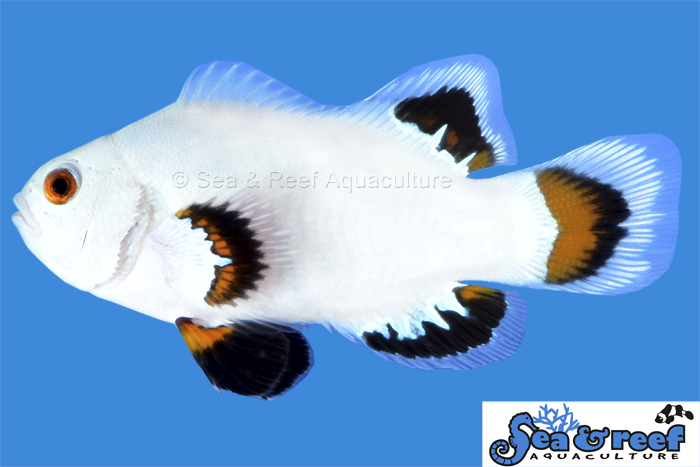 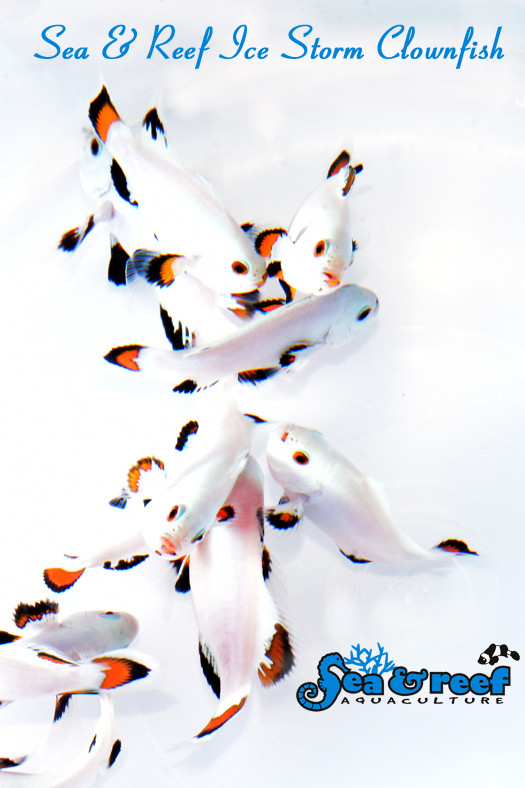 Temperament & Captive Care
The temperament and captive care requirements this new designer Ocellaris Clownfish strain are very similar to that of the regular Ocellaris clownfish. It is a relatively peaceful and hardy clownfish. They thrive in saltwater aquariums with or without an anemone present.

Feeding
Most clownfish are omnivorous feeders, meaning that they will consume a variety of different food types. In nature the diet of clownfish consists of crustaceans (such as copepods and amphipods), algae, polychaete worms, and leftovers from the anemone’s meal. Our captive bred fish are conditioned to eat a variety of aquarium diets including pellets, flake food, frozen Mysis shrimp, and frozen brine shrimp.