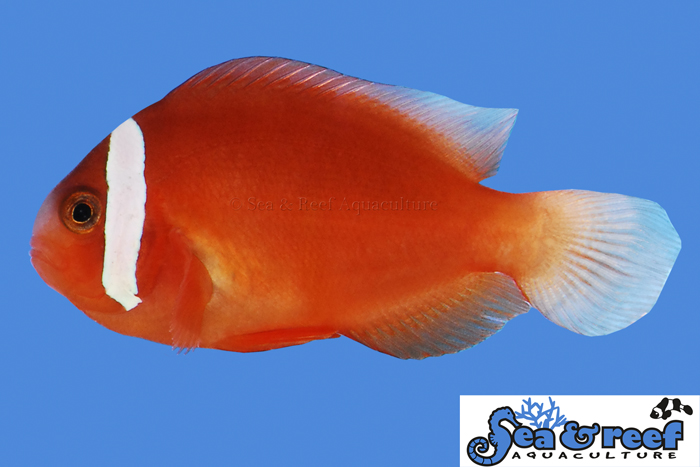 Barberi Clownfish are found in Fiji, Samoa and Tonga.

Barberi Clownfish grow to a large size and often become a dominant species in smaller saltwater aquariums. Though they will defend their territory with vigor they will peacefully coexist with most species of fish not belonging to the clownfish family. Their beautiful look, hardiness and bold behavior make Barberi Clownfish a suitable choice for the novice saltwater aquarist.

In the wild Barberi clownfish are observed hosting in the Bubble Tip Anemone (Entacmaea quadricolor) and the Magnificent Sea Anemone (Heteractis magnifica).

Clownfish do not require host anemones to survive or thrive. However, in most cases they will readily accept them and for the Tomato Clownfish we recommend the popular and hardy Bubble Tip Anemone (Entacmaea quadricolor).